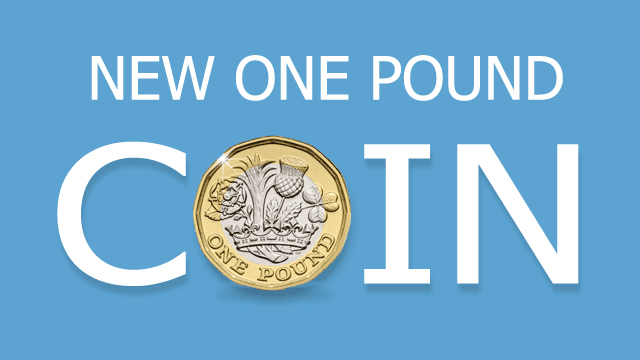 Businesses from all domains are going online to establish their digital image. This give the businesses an opportunity to:

Why New One Pound Coin?

It is said that one in 30 pound coin is counterfeit. It is high time to replace the 30 year old vulnerable pound coin with new coin which is highly secure. Businesses are losing due to such counterfeiting. That’s the main reason behind introduction of new one pound coin.

How is the New One Pound Coin secure?

The new coin has a number of features that make it much more difficult to counterfeit.

Will it affect businesses with vending machines?

Yes, if the machines accepting old one pound coin are unable to recognise the new one pound coin then this will affect your business. Businesses are advised to speak to their vendors and necessary changes done.